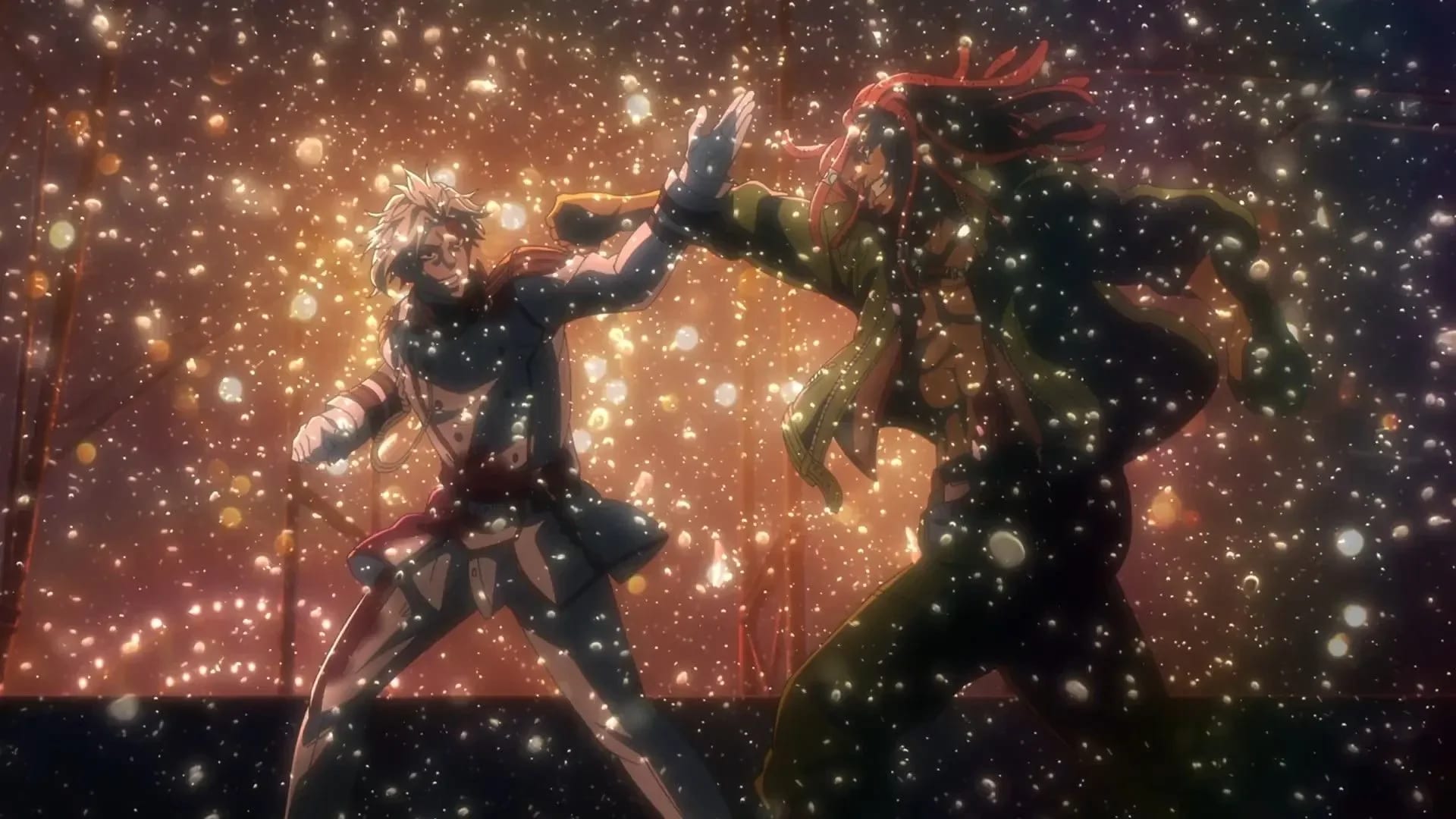 Taken in a cyberpunk mixing a bit of steampunk (I’d say around 10%) setting, Akudama Drive has got to be the most ambitious original work of Fall 2020, if not, the entirety of 2020. However, the higher they climb, the bigger the fall. Okay, maybe the latter is an exaggeration but frankly, I’m just not satisfied with how the 2nd half of the anime played out. Nonetheless, overall speaking this series did manage to deliver quite a substantial amount of entertainment with a lot of cool substance and rarely seen approach in anime as a whole.

First thing first, world-building, and BAMM, it’s truly a killer. I kid you not, it might seem a bit weird at first but as I got invested in the first two episodes, this anime knows what it is doing in this regard. From a full view shot to constant location transition (probably my favorite part) to the whimsical introduction of the cast and A LOT of technical details on-screen, combined with the very stylish art and, of course, dope music, man, I would be lying to say I was not fired up for such overwhelming premise.

That being said, I’d have preferred them spending at least one or two episodes into exploring and providing a solid background for literally everything instead of jumping right onto the heat of the game from the get-go, which turns out to backfire in the endgame (will cover this later on). Apart from that, the info dump with cartoonish tone can get rather abrupt and dumb instead of serving its comedic purpose, but not too much of a big deal to me.

Plot-wise, Akudama Drive started off not too shabby with the straightforward and playful nature of things, which I also would have preferred remaining consistent till the end of the ride but sadly things got off the rail as they hit the halfway checkpoint. To put it in layman’s terms, the main problem I have with this anime is how they didn’t take things seriously in the beginning but then suddenly chose to switch gear to a more dramatic approach that resulted in a confusing and convoluted air at the late-game period.

I will still have to give it credit for being aware of the entanglement it has got itself into and maybe this was intentional after all since I’ve noticed a blend of some Western media like Blade Runner, the Matrix, Equilibrium, Mad Max, or in the anime medium which are Ergo Proxy and NGE. I might have read too much into this but I wholeheartedly believe that Akudama Drive was trying to subvert the audience’s expectation by breaking down well-known tropes and form its own path, which didn’t end up well but a solid effort regardless.

On a different note, I don’t enjoy how the show relies too much on plot convenience with all-over-the-place expositions that makes things forced or even unconvincing (like there was an entire episode full of talking and tons of transition that made me go wutttt). I would have not minded this if there had been a solid foundation or build-up in the early stage, which again is what I’ve mentioned above. Another minor concern is how awkward the power scale is in this series because at some point it turned from hype to confusing and predictable to whatever lol.

Moving on to the cast, this is where the big letdown reside but well not like I should expect too much out of this given the fact that it is an original anime and only has one cour. With the “Akudama” being the central theme of the anime, while they did make one hell of an entry, as the story progresses I failed to find anything refreshing about them nor decent development because let’s get real, the only distinguishing feature they have is their catchphrase like “eat sh*t” which also grow very dull over time.

If anything, some of them have fitting conclusions that resonate pretty well with the story. Yet again, the lack of build-up and rushed manner in the climax failed to make me identify with them in many ways, thus greatly mitigate the impact it had on me.

On the other hand, the “antagonist” of this anime is pretty much wasted. Much as I tried, I could only get one good thing out of this aspect, the rest is just there for plot’s sake and even got trashed very badly in some scenarios (glaring at a certain short-hair girl). On top of that, the “twist” near the end that turned the table on the grand scheme of things was badly handled if I have to be honest.

Despite falling behind with plot and story, what truly makes Akudama Drive a ride to remember is the astonishing animation and direction that obliterate any doubt you’ve ever had about Studio Pierrot (urgh, I know that staff varies in every anime but whatever).

What can I say, style point is a +200 or more depending on how you view it but for real, the neon color usage is just way too awesome that goes super well with the funky music. The selling point in this regard to me is how they actually managed to nail the atmosphere befitting that of a futuristic and semi post-apocalyptic setting.

Last but not least, the action sequence is simply a feast for the eye. I don’t know about you but I got hyped really fast in the early stage (which sadly didn’t last long) where everyone in this anime was going rampage. Some of the climaxes were really well done, to say the least, from lighting to camera angle, and the closed-up shots to emphasize the characters’ expressions.

Regarding sound, I must say they didn’t hold any punch to match the nature of this anime. The sick OP and ED are one thing but the BGMs are real treats to me because they just go so well with the atmosphere and story at some point. A prime example of this would be the final episode where everything comes together. Additionally, the seiyuu also did their best to convey the characters’ feelings in the most honest way possible so that is also a plus.

To wrap this up, Akudama Drive is arguably the most surprising entry of 2020 with pretty solid production value. Even though I complain a lot about the main contents of this anime, I’m still gonna give it that how bold it was to set the bar so high while remaining unwavering toward the finish line. It sure has serious problems regarding plots and characters, but for an anime that doesn’t rely on any source material (though it is still influenced by some famous fictional works mentioned above) to come out in this modern time, I sure as hell was entertained and highly recommend this for people looking for something refreshing and daring.