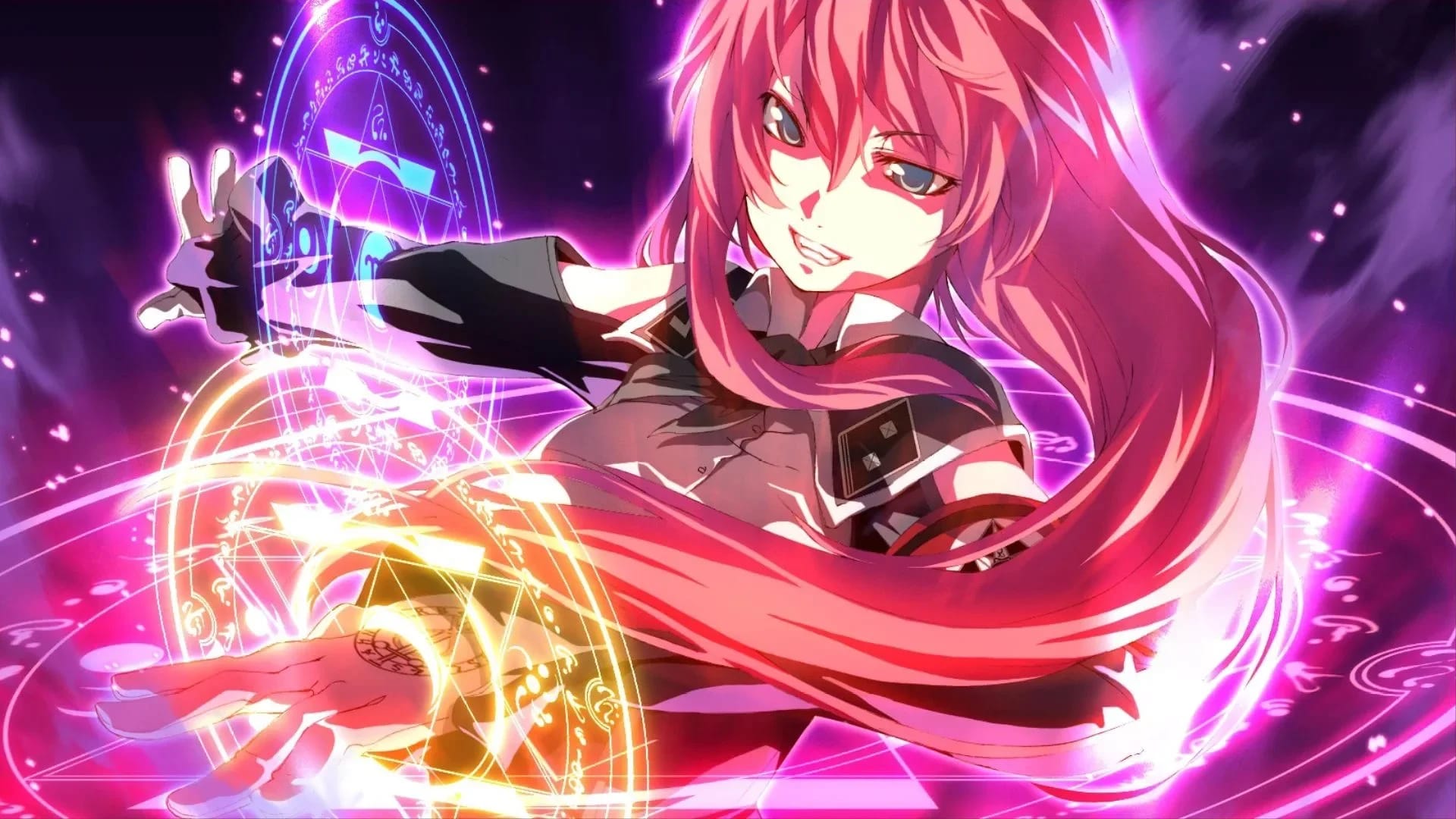 No matter where I go, the best girl debate never ceases to amuse me in many ways. That being said, Dies Irae is one of a few rare cases that I’m a part of the majority.

As a heads-up, this is more like a rambling post since I’m in a rather good mood after finishing the game and since most of you gonna skip this anyway, feel free to jump to the bottom to see my final best girl ranking after my 2-week journey on this VN.

Most of the time my picks are usually characters that nobody gives a shit about, hence it’s quite a pleasure to know that lotta folks are into Rusalka and IMO she deserves this at least after all the shit she went through in the story.

Truth to be told, my first impression of her was a mixture of discomfort and an irresistible curiosity toward her. Why did I feel uncomfortable? Needless to say, I guess lots of us should be familiar with the typical “2 faces” characters who appear to be nice and easy-going on the surface but deep within lies nothing but utter trash personalities.

My initial thought was the same when I first saw Rusalka, yet I was entranced by her, not just because of her siren voice nor her elegant appearance, but more like by her tone, her way of talking as well as how she possesses a sense of mystery and a story to be revealed behind, and bois, how right I was, this chick isn’t some typical villain that you normally see in many kinds of media that will soon reveal her true intention then die a lame death by the protagonist.

Nay, that’s not how it works here.

Rusalka is, in fact, an anti-hero to me, and she got her backstory to back it up for what she did. Of course, it doesn’t really justify her being a bitch most of the time, but her goal, her desire, her theme are really something that you don’t get to see every day.

"Reaching for the star" has always been one of my favorite themes regardless of the medium, and damnthe author really nailed it with Rusalka.

Characterization aside, Rusalka also possesses a lot more unique traits that I can’t help but be in awe everytime I see her on-screen. Like how her voicing is really captivating, I don’t usually pay attention much to voice acting but the VA really did a good job.

Moreover, her character design is superb. I can’t stop looking at her in the LDO uniform as it fits her so well, not like the uniform style is that bad in the first place, they just simply resonates with Rusalka’s appearance in general.

A TLDR for Rusalaka: I won’t deny her being utter trash at some point of the story but eventually I don’t give a fuck about that anymore and even turn to love that aspect of her since it’s been justified, whether people accept it or not are up to their views.

Despite my fanboying over Rulsaka, there’s another formidable candidate that, I must admit, might have grabbed the no.1 slot had she got more screentime, everybody’s favorite puppy, Beatrice.

Boi, I don’t even remember how but I almost forgot that Rulsaka is supposed to be my no.1 for a while due to her lack of screentime on Kei/Marie routes (still, Rusalka’s comeback at Rea’s route pretty much sealed her best girl title for me). Beatrice really took the spotlight whenever she shows up.

Yeah, I will go as far as saying Beatrice is the clichest of the clichest characters that you can get in any kind of story, but fuck still I was hooked by her. Her conflict with Eleonore is near flawless, I enjoyed every single moment of it. Her story is tragic, yet given her personality I should be proud of her instead since she really lived up to her ideal and died for it.

Her personalities also feel very comfortable unlike a certain someone mentioned above, her puppy-like tone just simply lightens up the mood. Seriously, I can’t think of anything bad about Beatrice. In terms of design, she’s without a doubt at the 2nd place to me, only to be beaten by Rusalka.

It’s really a shame that she only served as a supporting character, but even for such a role the author really did a great job at bringing up such a phenomenon in order to cast new fresh air into this gloomy fucked up world.

Apart from those 2 stars above, I really enjoyed Eleonore despite her super limited screentime. She’s badass and unwavering although in the end just a silly women getting burnt by her own “sun”, still a very poetic yet intriguing portrayal.

Not to mention she’s a real hottie, like really “hot” literally with all her toys. The VA simply can’t fit her character more and it even gave me goosebumps many times she delivered a speech or sort of.

Honorable mention is Siegelidgen who is packed with a creepy tone yet full of delicacy as well as being fascinating somehow, probably thanks to her manner. It’s sad that she and her team got utterly fodderized in the end, but I really enjoyed her screen time.

Though it’s a bit weird why she “committed suicide” near the end of the other story, overall she’s a good supporting character that helps expand the scale of Dies Irae by providing another perspective.

As for other girls, I can’t comment much. Kei is pretty fine, she’s a tsundere but not that annoying and even displays some badassery at some points of the story. Rea was initially my most favorite girl but shortly after Rulsaka and Beatrice easily beat her in many ways. I did enjoy her route but in the end, her characterization, as well as her chemistry with the MC, are just… fine, but not great.

Kasumi is meh in general, I don’t really like her but I don’t hate her either, at least she still has something to do with the story, unlike your typical childhood friend trope that lacks substance behind it. Marie is also just meh, I don’t know why but I don’t like her type at all, though I must admit her route had a really bittersweet conclusion that sent chill down my spine, so yeah she’s alright in general, if anything, I just can’t stand her voice. Ellie and Lisa are just background characters so it’s inevitable that they’re left behind, though Lisa got a bit more on the edge compared to the former since she got a significant backstory to help build up her character more.

*UPDATE: after sometime later, I can't believe that Beatrice took over Rusalka by a landslide... It's not that I grew to hate Rusalka over time but just that the more I mule over Dies Irae, the more appreciation I hold for Beatrice and thus affected my character evaluation for DI. Anyhow, the rest of the list remains intact, more or less..