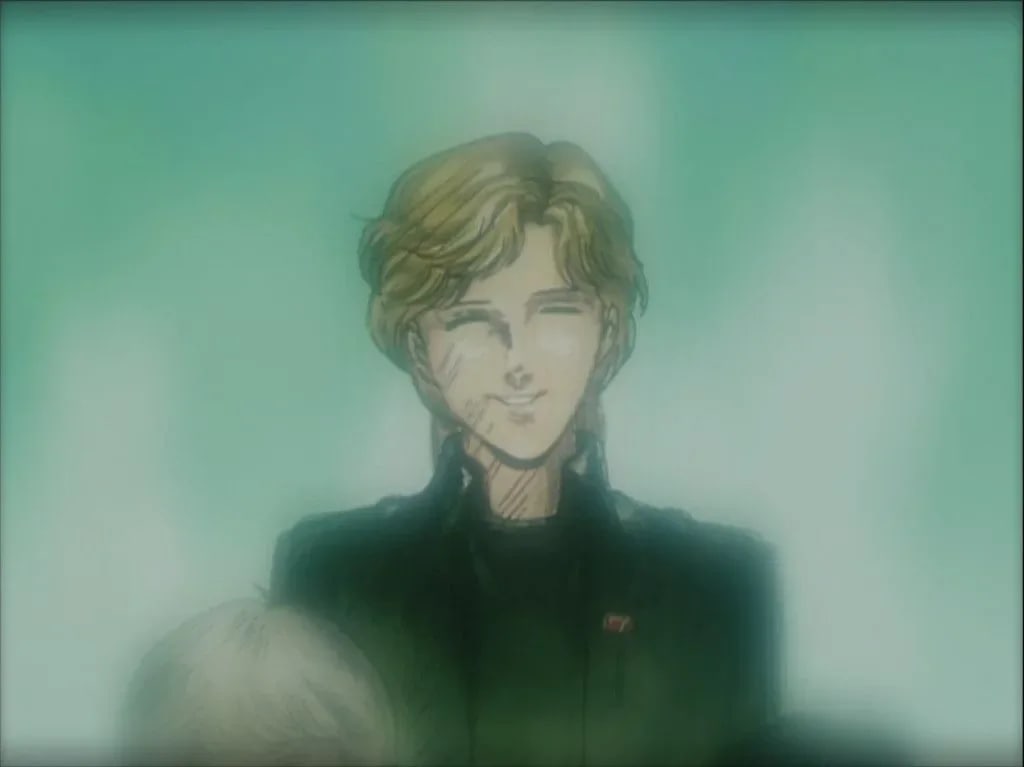 Well, everything betrayed my expectation…Lots of events happened in this episode.

Firstly, Oberstein seems to be still doing all the hard jobs despite being hated by everyone. I somewhat feel really bad for the guy, however, the second half of this episode overshadows everything else, perhaps even the last few intense episodes as well.

While he’s still being so carefree, I thought he’s gonna make it out alive after several narrow escapes happened before, but what happened afterward is really odd, so unexpected, unpleasantly.

It seems although Yang has always been calm, deep down inside he feels guilty toward all the life he’s taken, even if it’s for the sake of his people, for his own course which he believes to be the righteous one.

How sad it is, everything happened too swift, dang the author, I thought if he’s going to die, at least he should have a deathmatch with Reinhard like they always had before, the final showdown of the 2 most powerful being in the galaxy…

But well, life’s suck, must be what the author wants to imply here. He can elegantly control thousands of ships, overcome hundred of obstacles, come up with weird yet effective plans, surpass even the most powerful man in the galaxy, yet adversary will always be there to remind us that no matter how calculative, smart, cunning you are, you can not escape fate.

RIP Yang, back in the first few episodes, when he was approached by a kid who said he want to become a soldier like Yang, Yang said that he wouldn’t have to because the galaxy would be at peace by then. Let’s hope Yang’s word will come true through his legacy.