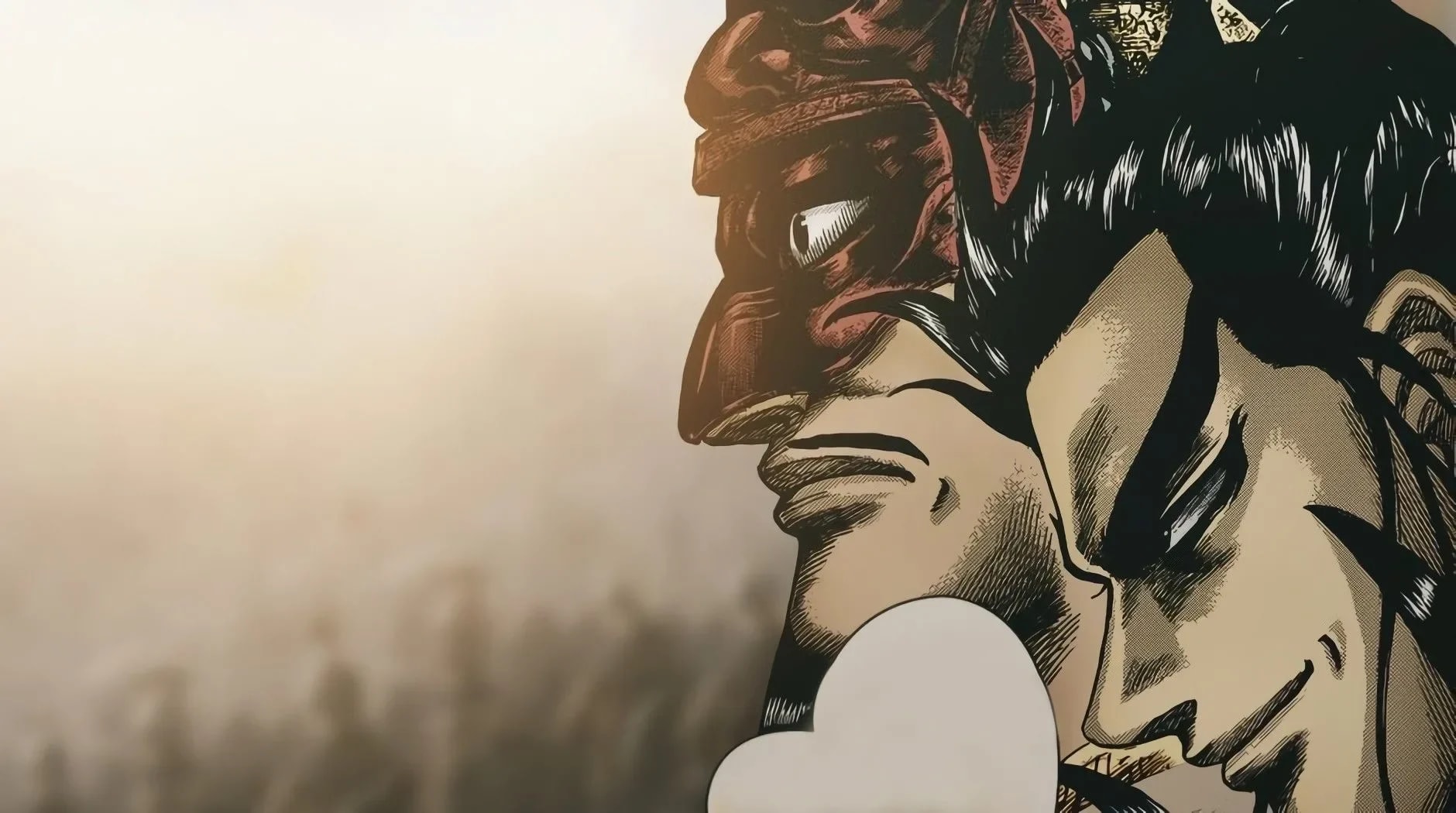 Kingdom fans need not introductions of these two outstanding characters, as the amount of hype they refuse to let up is just out of this world. If anything, one can only stand in awe or be struck by incomprehensibility and menacing aura whenever these two are present.

From an in-verse perspective, be it enemy or ally, almost everyone must take a step back before confronting them directly, for the whimsical nature of their actions and behaviors can yield some of the most extreme results one can ever imagine.

“Great minds think alike”, they say. Judging from all of the hints, evidence, and the fact that Kanki and Ousen went way back in the Mougou days, it goes without saying that there exists a special kind of connection between them.

They might have not directly worked together but up until this point, only they can have a vague understanding of what’s on the other’s mind, and always respond as well as backing each other up, or at least to make their jobs easier.

Regardless of what happened in the past or some kind of deal was made between these two iconic figures of Kingdom, one can hardly reject the idea that they really do make a great team.

Take the latest chapter, 677, for example, Ousen might not fully understand Kanki but there is no doubt a certain amount of “faith” the two “delinquent” Great 6 reserving for each other. Back at the Gyou invasion campaign Kanki did a similar thing to Ousen, and now in a sense, Ousen is returning the favor. Apart from that, I don’t even see anything wrong with assuming this as proof of solid bonding of the next 6GG generation, albeit in a rather weird and awkward scenario.

Anyway, my point being, Kanki might not even consider anyone as his friend whatsoever, and Ousen in the same vein never trust anyone nor share jack with those close to him, but when it comes to war and shit, only when these two are involved that they are willing to “back down” a little bit and go with the flow, depending on whoever takes the initiative of the business.

All and all, with the current development of Kingdom, I’m super excited and hoping that more awesome, mind-blowing revelations will come.

Or at least we’ll get to see some serious and legit tag-team moments featuring Kanki and Ousen because god damn that’d be fucking insane and blow the hype meter out of the rooftop, given how much of a profound impact that they already made at Sanyou campaign, which was just a small glimpse of their combined power in a very subtle manner.

**Credit of the coloring panel to @ASHENUO