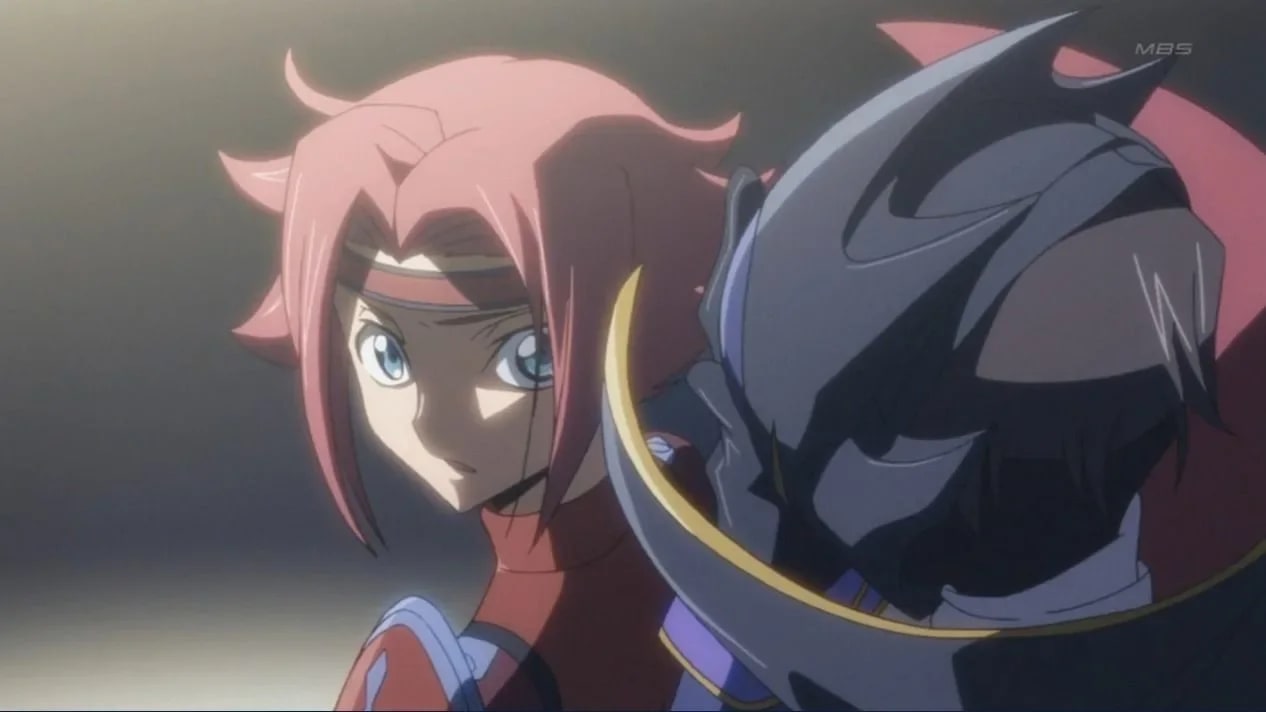 Lots of shit happened but well it’s as expected from CG, I must say though there’re lotta problems regarding plot consistencies and character writing, the drama was handled pretty neatly.

First off is the Rolo redemption or whatever you wanna call it, much to my despise towards him, to be fair, he got a really shitty childhood with no proper caring and lack of effective education so his acts of killing Shirley and Nunnally can be somewhat justified due to his inability to comprehend right/wrong as well as extreme jealousy (the yaoi undertone still leaves a bad taste to me). He’s still shit but yeah LL is a so much of a god that drives people insane so I think it’s quite understandable why he did that, still can’t forgive him though. His deed in this episode can be considered as a parting gift to LL, it’s sort of a fucked up scenario that I don’t even know whether to cheer or remain resentful toward him, so well I guess it’s a tie. Anyway, this is probably the biggest defeat of LL so far, in both physical and mental state, no more army, no more harem no more supporters, no more those he holds dear, the only thing left is his goal to end the root of all this, Charles.

Another interesting subtlety in this episode is the “farewell” between Kallen and Zero. Kallen sure proved that she without a doubt deserves the title “left-hand” man of LL (C.C is right-hand since she gave LL power and handled lots of shits). I mean back at episode 2 of SS2, Kallen was dead serious about willing to be a slave to LL, it’s out of the question that she would dedicate everything to LL even when everybody turns their back on LL.

Just by looking at her eyes and expression at the climax of this episode is enough to tell me that Kallen was willing to go all out and beat the shit out of the peeps who “betrayed” LL, and LL knew this, but since he really cares about Kallen (call it favoritism or whatever but it’s inevitable given the way things laid out between them) and cannot afford to lose another important friend of his, he had to “chase” her away with harsh words, which is the last thing you wanna do when saying goodbye to someone. I know it’s cliche but very well done IMO. Kallen is without a doubt one of the stars of this season now along with LL and CC. It’s quite unfortunate that if only LL had opened up himself to everyone, not just to CC or Kallen, then things might have not turned out this badly.