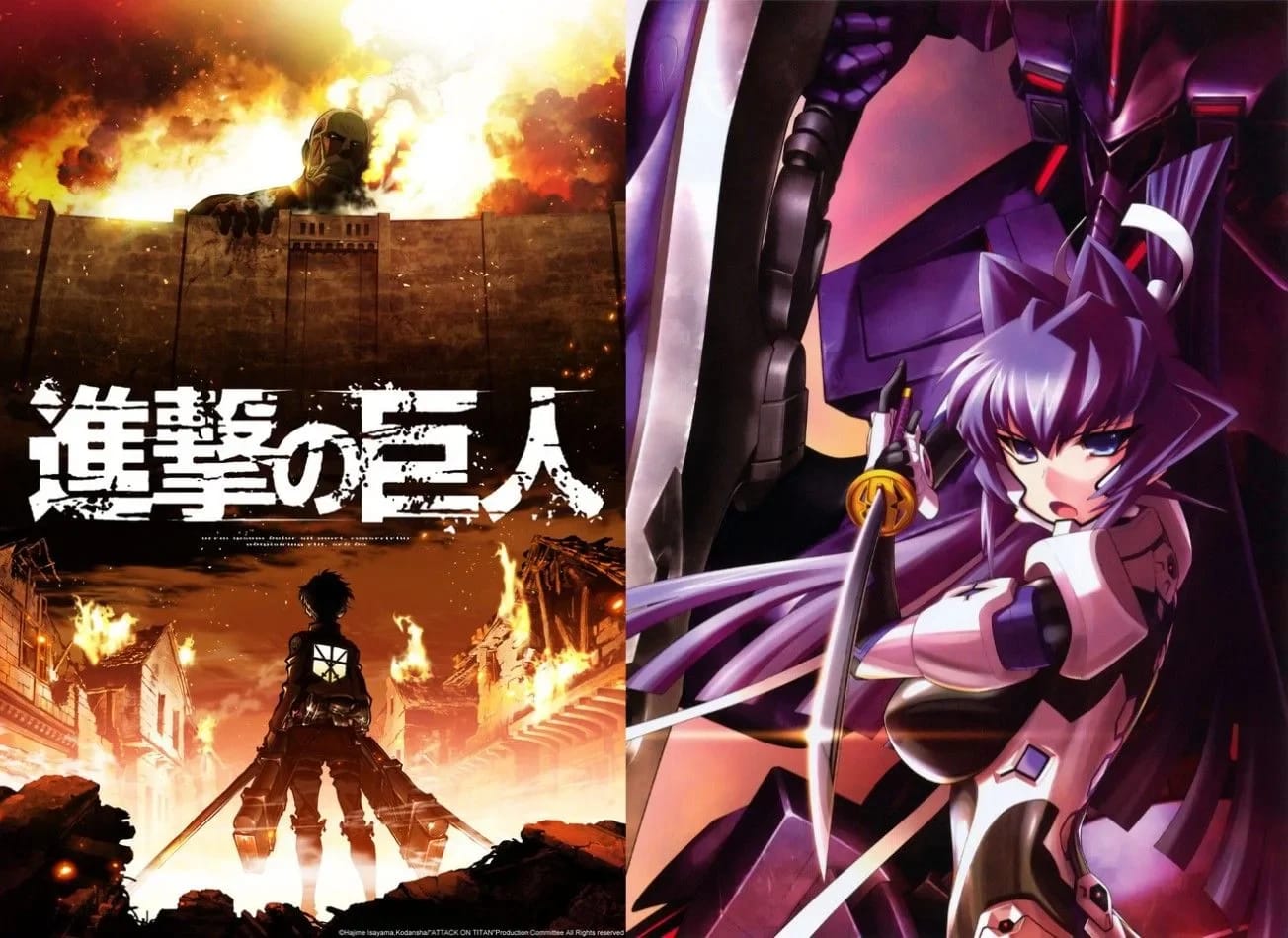 [SPOILERS FOR BOTH SERIES SO BEWARE]

Shingeki no Kyoujin or Attack on Titan is most likely not something so foreign to many people in the 2D community as of late. While the manga is reaching its conclusion, the anime adaptations on the other hand have been causing quite an uproar mostly because of the huge stack of OSTs.

That being said, though I’ve been following this series for a long time, I wasn’t so invested in it to a considerable extent till recently. What got me curious is the fact that the author Isayama was inspired by Muv-luv, which is also a pretty massive franchise on its own.

As I kept thinking about SnK as a whole, a lot of this makes sense to me, and I’ve decided to do a fun breakdown to point out some similarities or parallels between these two “Titanic” works.

People often meme the 9 Titans in SnK as “meat mecha”. That might sound hilarious in the beginning but in time this is pretty accurate given the mechanism behind a Titan and “Mecha” in general (like urgh, having someone “piloting” or controlling it).

The mecha (or TSF) in Muv-luv plays a crucial role in the story but not without a lot of background information, deep history, and some cultural references.

The Titan in SnK in the same veins were polished to being more than just some sort of tools to move the plot or hype things up, which is very cool.

For the majority of the build-up segment, both SnK and Muv-luv illustrated the tragic struggle of “humanity” against foreign/alien beings.

However, at some point of the ride, both suddenly shifted to a completely different tone that also entails something arguably more menacing, namely human vs human, or basically fighting against one’s own kin.

Though the direction of SnK in the 2nd half has completely switched over this kind of conflict, the reason why I specifically chose the Uprising arc from SnK as a reference is that it has a lot of relations with the Coup in MLA.

I mean, they both feature a character with some mysterious background who turned out to be of high prestige or royalty and involved the “government” that had been running behind the scene for some time.

Another nice parallelism is the theme invoked from these stories is freedom or simply “taking control over one’s life”.

This one might come up as a bit biased on my part but the general ideas I have between these two characters are:

These two concepts might not have anything to do with each other but judging on their impact on their respective plot, I do believe there are some noticeable patterns to decipher.

“Path” is used to close the gap between the past and the future in SnK, whereas Quantum Causality is an instrument to “connect” all of the world-line or “routes” in MLA. Not to mention the Telepathy vs Causality Information Leak thingy that triggered mindfucking revelations or some sort.

Lastly, these two characters are what I’d like to call the walking hax in their respective verse. Apart from being hype machines and packing insane combat capabilities, they even have a similar lean build, strict manner, a no-nonsense attitude, their lineage as a guard or protector to important figures.

Moreover, at some point in the story, both were forced to make the hard call, such as being placed in a scenario where they are left with no choice but to slay their comrades (kinda).

And before anyone says anything, yes underneath that stone-cold, killing machine appearance, these two awesome characters have never forsaken their human parts at all. The world might come to an end at any moment and while their job requires extreme concentration and a serious mindset, it doesn’t mean they can’t enjoy little things in life.

To wrap this up, I just thought that it’d be cool to compare these two franchises together in some sense and ended up finding quite some intriguing details that help me appreciate each of them more.

Do note that I didn’t make this post to prove that SnK is a ripped-off story whatsoever. The concepts and world-building of MLA are vastly different from those of SnK, so just treat these parallels as fun coincidences. The Way Of The Mitsurugi