Believe it or not, I picked up this side story novel in the eagerness of some juicy fanservice from Mitsuha’s greatness, only to get 1/10th of what I was baited promised and received something completely unexpected. So was this novel a mistake? I think not, in fact, I think it’s fucking worth it.

Everything ends up where it should be

There are 4 chapters in this novel, each focuses on the narrative of a different character. While I’m a bit salty that there was no Mitsuha’s POV, I find this kind of 3rd person approach pretty refreshing, as I got to know more about both Mitsuha and the character narrating the story at the same time.

The novel kicked off with a relatively pure fanservice chapter featuring Taki mostly doing some “experiment” on Mitsuha’s body. To tell the truth, it’s pretty fun to read, the people’s reaction was spot on to the sudden changes and how things played out with their daily activities feel compelling enough to make it less tedious of a trip.

While I do find the boob joke rather repetitive, the writing made sure to mitigate that by adding some extras every time it’s been mentioned, so welp. If anything, Taki does get some spotlights here with how his opinion on Mitsuha changed over time as he underwent more body swap with her. One of the biggest concern regarding the romance of the anime is how “forced” it was, and this chapter pretty much settled that problem.

As I was wondering what kind of whacky shit gonna happen next, the 2nd chapter took a complete 180-degree change in tone, to a more serious one as well as expanding worldbuilding and characterization. The protagonist of this chapter (Teshigawara) really hit the spot to me, mostly since I can relate to him to a certain extent.

In the anime, he’s pretty much a background character, but the novel made sure to fill up that hole and turned him into something interesting enough, especially his goal and mindset which I really enjoyed. This also explained his actions in the anime and thus made it feel more natural. And of course, got to know more about Mitsuha, mostly about what she had to go through before the main event in the anime, which is cool.

The 3rd chapter’s main focus, from how I see it, is actually the lore of Your Name. I always feel like the anime didn’t do well in this regard as it solely relies on visual to tell the tale without going in-depth of the matter, so this chapter pretty much fixes that issue. Not to mention there were some pretty cute interactions between Yotsuha and Mitsuha (real and fake ones). Overall a pretty balanced chapter if I have to say.

While the first 3 chapters were quite entertaining in some ways, the final one took me by complete surprise with a stunning approach that managed to “connect” everything in the anime as well as this novel. At first, I thought it’s just a random drop of flashback to expand the side cast, but I was wrong, there’s more to it than it looks.

As I kept reading it started making sense with how things went in the anime, and I finally understood the real meaning of the theme it was trying to deliver. “Everything ends up where it should be”, such a simple phrase, yet best describes the whole story behind Your Name.

With all that being said, while I did enjoy reading this novel, the fact remains that it’s just a mere supplementary of the main story, which also means a double edge-sword. A good story is one that should stand on its own, having to rely on other instances is no doubt a major drawback unless said material possesses a strong enough impact to go toes to toes with the original version, which is, sadly, not something that Earthbound had accomplished.

In conclusion, Earthbound was worth reading despite going against (“surpassing” should be more precise lmao) my original anticipation. It’s not anything breakthrough, the writing is simple (a bit dragged on though), yet managed to give me some food for thought every time I finished a chapter, and that ending sure is something… Aria the Origination - The Eternal Light 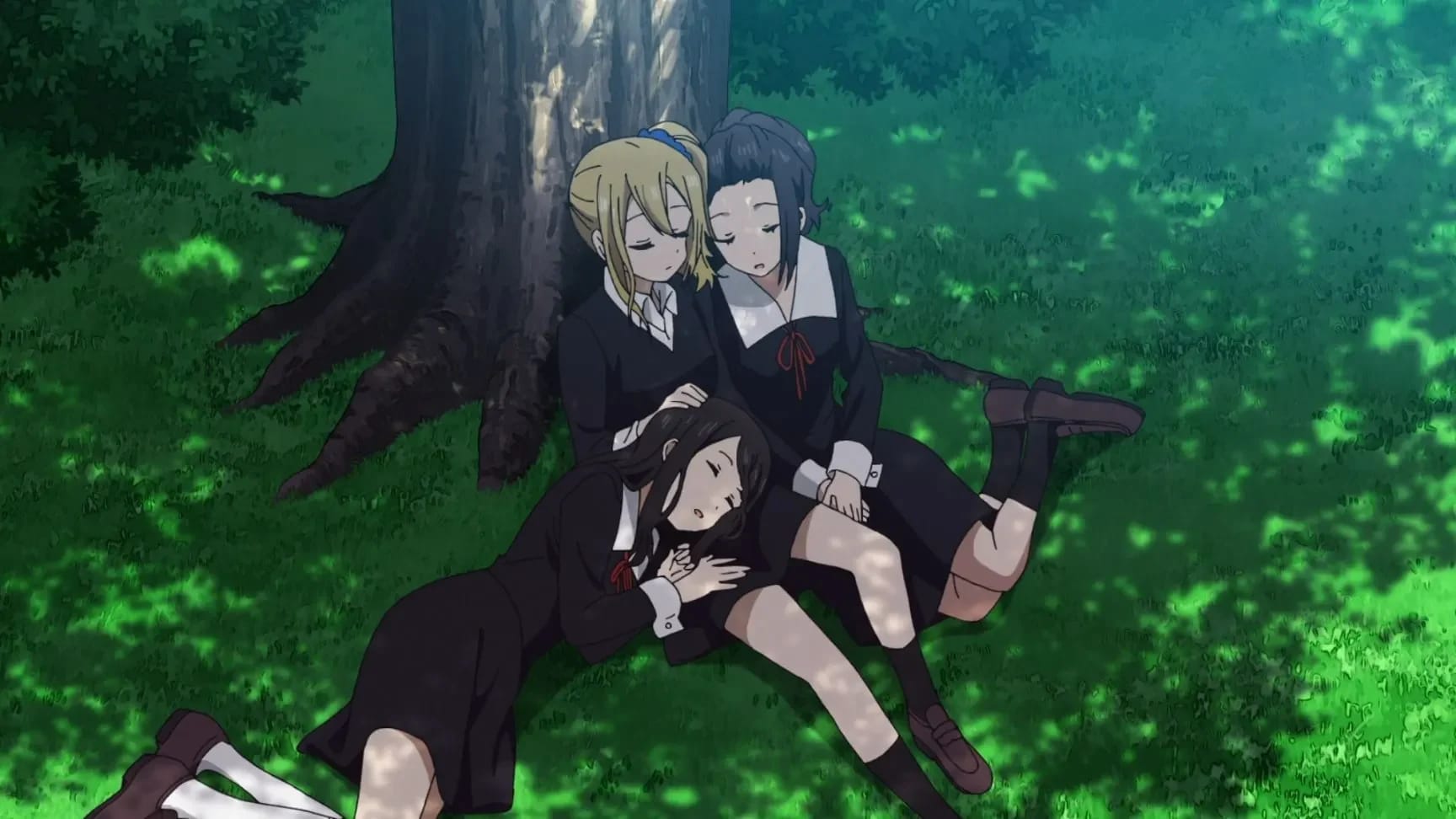 Kaguya: Love Is War SS2 Is A Success