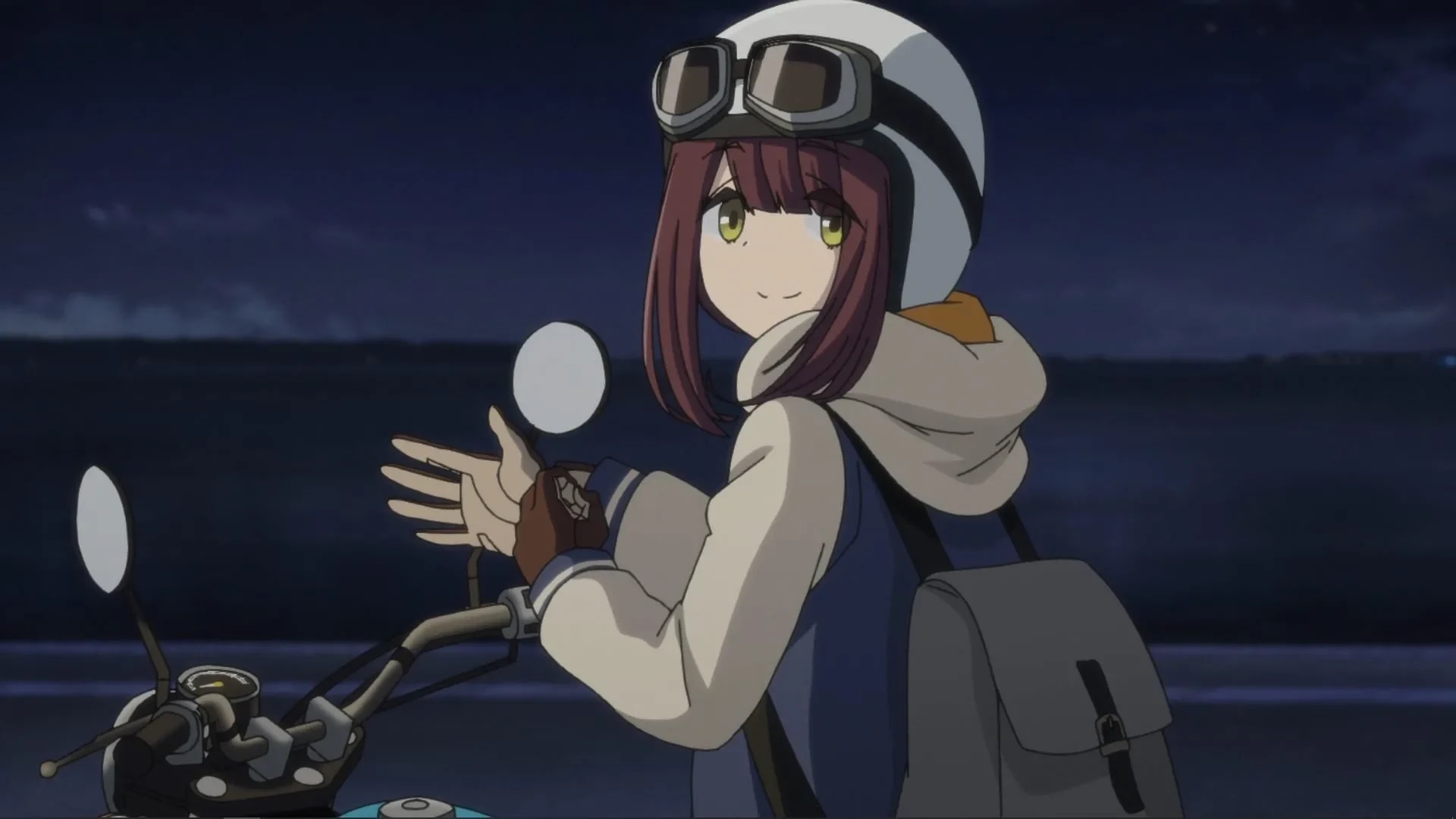 Well not literally on steroids but you get the idea. I don’t even know where to start. I mean yeah it might appear to be overhyped but not that it matters because I came into this season without any anticipation whatsoever, well, maybe a little bit before that (because of SS1), but I totally didn’t expect it to be THIS good.

Gotta start with the animation, man, I know it’s not too grandiose given the time this anime comes out especially when there are even better works out there in this regard but what really got me here is how synergized the background art is with the character design, which is quite a deal to me tbh (staring at Majo no Tabitabi).

Another incredible thing about Yuru Camp is the slick panorama shots which do not feel out of place in the slightest nor badly handled. Usually, I’d have a really hard time on or even be unable to pierce the camera panning frames together but holy shiet they really outdid themselves this time.

Lastly, character design is a big plus because they didn’t pull lazy mode on them and the outfit, color scheme, and even hairstyle are just whew.

Overall speaking, whenever I got my eyes on the anime it just gives off a cozy and serene atmosphere, be it the sublime landscapes or the characters’ presence.

But to only focus on art in a slice of anime is a fatal mistake, characters are meant to take the spotlight and well, again I’m repeating myself but they also outdid themselves in this regard. I don’t read the manga (too lazy for some reasons lol) so idk if there was anything missing or done wrong but I must say the way the conversation and characters expression was taken with great care shows how much production value this anime has in store despite being a light-hearted and, well, according to most anti-SoL, “dry” anime.

What’s more, is the compelling chemistry between the characters. Solo-ing moments featuring Rin is great enough, but I can’t say if it’s better than seeing other girls hanging out, doing cool things (not quite cute things fr), or just simply messing around.

And the newly introduced member is also pretty interesting, having the style is one thing but damn that cool motorcycle yoooooo, I legit don’t remember high school girls being this swag.

I mean I can agree that it can be slow, IT IS slow in fact. However, I don’t feel bored nor sleepy in any way while emerging myself in this anime. The secret behind that phenomenon is simply because of the brilliant use of effects and adds-on to highlight certain slow-paced scenes such as talking, chilling, or even staring at a lake lol.

Like, if you are a person who only cares about plot or intricate story then yeah this has never been a show for you but I just want to say that Yuru Camp does know how to get the audience “hooked” on the screen, at least, with all of the tiny bit of decors like chat boxes, setting up a fire, a camp, or even a casual eating out moment was done with absolute accuracy, I think. At the very least I get to know more about Japanese culture and the likes I guess.

Anyhow, there have only been three episodes so far but the quality content this anime has to offer is just out of this world. If there’s anything to complain about, the sound is a bit lacking but honestly, it’s not really a big deal given the good number of checkboxes that Yuru Camp has ticked.